- July 09, 2014
Marriage is a major event in one's life especially if one is Indian. That's the reason for the ''Big fat Indian wedding'' being so fat. In almost all of India, this grand celebration lasts many days.
Kerala, is a little coastal state in the south of India where that isn't true. The only ''ceremony'' in a Malayali wedding is the groom tying a gold chain with a pendant around the bride's neck and the exchange of garlands and bouquets. The whole process takes roughly 150 seconds. But what the wedding lacks in duration, it more than makes up in grandeur. Malayali weddings, despite being considerably shorter than their north Indian counterparts, aren't any less ''fat''.

The first step in planning a wedding, my aunt once told me, is to invite everybody. The first problem you'll face, she continued, is that even after inviting everybody, someone will tell you that you forgot to invite them. So you invite everyone and more. Wedding invitations nowadays are addressed not to ''xyz and family'' but to ''xyz and family and friends''. So if you haven't been directly invited to a wedding you want to be at, you're still invited.
She then narrated a fascinating little event. "Every evening I sit on the front porch and read some magazines and newspapers. Over the course of many weeks and months, I noticed that the same people walked past the gate at the same time. At exactly 4, a group of kids return from school. At 4:15, a young woman returns from her place of work. 15 minutes later, the postman comes by. By 4:40, a middle aged man walks by, presumably going for a walk and so on. Since we see each other everyday, over time you think you feel like you've known all these people. If one of them doesn't walk by at the usual time, I wonder where they've gone. If I'm not at the porch when they walk by, they ask me about my absence the next day. These passing acquaintances eventually become part of your life. One evening, the postman delivered a wedding invitation. It was addressed to me but I didn't recognise the name of the sender or the bride and groom. But since the house where the wedding was happening was close by, I decided to go with my mother. When we got there, I knew absolutely nobody! I didn't know a single person at that wedding!"

That does happen from time to time. But that's no reason to rudely turn down an invitation and just leave. If you've been invited, you've got to stay. You've got to go on the dias, bless the newly married couple, take a family photo with them, eat the incredible food and then you leave. From an invitee's perspective it's that simple. For the newly weds, it's torture.

Their wedding ceremony, like I said earlier, takes 150 seconds. The bride, dressed in a gorgeous yet heavy sari and a lot of gold jewellery ( A LOT. She could be easily mistaken for a mobile jewellery store), stands beside the groom, dressed in a simple shirt and mundu. Since the ceremony is so short, the entire audience fixes their gaze on the couple for those precious few seconds. But, no one really gets to see anything. The reason- over enthusiastic wedding photographers and videographers. One each from both the bride's side and the groom's. To capture the best moments, they stand on the dias, dead center of the stage in a way that means that the only thing the audience gets to see is a row of backsides. Repeated complaints at multiple weddings across the state has resulted in a compromise of
sorts. The couple, nowadays, stands perpendicular to the stage. The photographers stand to the left of the stage and get their perfect pictures while the audience gets a side-on view of proceedings. 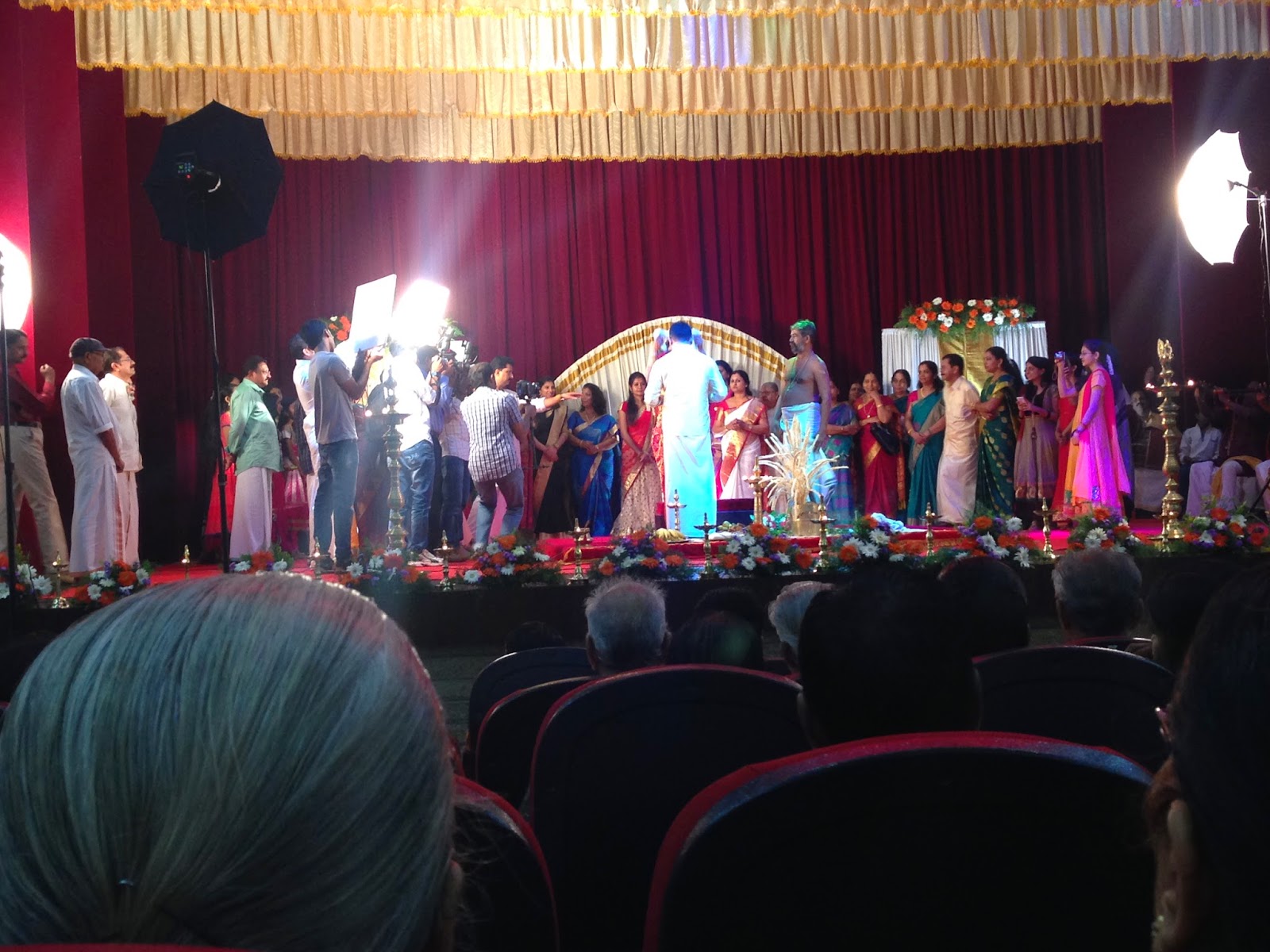 After these 150 seconds, an hour-long torture session starts for the couple. One-by-one people come on stage, give their blessings and pose for a photograph. The bride and the groom put on toiled smiles for the pictures, the garland around their necks and the bouquets in hand.

It is then time, for the best part of the whole day. Food. The traditional ''sadhya'', served on banana leaves. There are usually a lot of people to serve and limited space to do it. How they manage to do it, is a mystery. It is controlled chaos. There is a method to that madness and you've got to experience it
to understand it.


My aunt, then continued her story. She did, finally, find a familiar face at that wedding. The middle-aged man who usually walked past her gate at 4:40 was at the wedding too. She walked up to him, meaning to introduce herself and find out who was getting married. "Hello", she said politely. "How come you're here? How are you related to the newly weds?" she asked.
"Me?" he replied, "I'm the bride's father!" 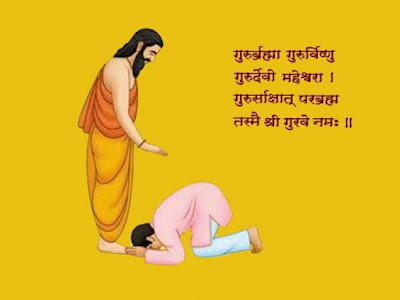