Rising fuel prices : The best solution to our environmental woes !

- October 22, 2011
We are all ,at some level , hypocrites  . Some not as bad as the others but hypocrites all the same .
Especially when it comes to the issue of the environment and rescuing what little is left of it .

We have all read , heard , spoken , written, preached about fossil fuels being a precious resource that is almost gone. From the time I first heard about it ( about ten years ago in class 3 ) , the basic , most obvious  solution to this "problem" was moving to renewable sources of energy . Every single environmental science answer paper written by students of this generation will have that one point very clearly written . And yet , even today , people are discussing about the pros and cons of renewable sources of energy . Lets take solar energy for example . Pros : Renewable , abundant ( THAT is what you call an under statement ) , causes no pollution ,cheap to use . Cons : Hmmmmm..hmmm...some hum ho about it's installation being costly . Kids half MY age can rattle off the advantages of solar energy . Then why is'nt it being used already ? It's hard to beleive that in a world where technology has advanced enough to bomb entire countries at the push of a button from thousands of miles away , the technology to produce solar energy is'nt "advanced enough" to be used for vehicles or industries .
Lets leave that there . That is the job for the scientists .

And THAT brings me to my point about people being hypocrites .
Yes . The technology is'nt available yet . But in the meanwhile we are just going to go on looting the oil fields , pumping toxic gases into the atmosphere and letting people die of lung cancer ?

Everyone knows that automobiles are one of the biggest source of pollution and the largest consumers of fossil fuels . But nobody wants to sacrifice their cars and use public transport instead . It'll not only save the planet but also save money and reduce the ridiculous amount of traffic on the roads ! Everyone talks about it ! But a very large majority does not do it  ! Hypocrites !

You know what I feel ? The Government is the biggest environmentalist today . Why ? They keep hiking the prices of fuel ( and I hope they do it again , and again and again ) untill people can't afford it anymore and will be forced to use other means of transport like buses ! It's a childish argument . But It's one of those ideas at which you laugh initially and then say " hey . That is an actual possibility . "

Why not ! If pricing fuel really high will make people give it up then so be it ! But ,for some reason , nobody recognises that ! They'll fight the government ,take to the streets and protest for a roll-back in prices . Then they'll come home and teach their kids about the evils of using fossil fuels ! Hypocrites !

One day when fuel costs 300 rupees/litre and you are not ready to spend 90% of your income on a thing that is burning your pocket and the atmosphere  , you'll come back to this blog and say "HAHA . you were right ! "

Hopefully by then , we'll have those really smart people who call themselves scientists or indeed one of us , design a solar panel that can substitute fossil fuels for good . Otherwise , when those oil wells dry up , the world will come to standstill and we still won't have a back up source of energy .
Think about it ! Are the high fuel prices all that bad ?!!

Have you seen it rain?

Have you seen it rain? I mean really rain. I mean the kind that starts with some grandfatherly clouds with their grey hair and cloudy beard moving overhead at the kind of pace that only grandparents move? They’re not slow, strictly speaking. They look like immovable objects who’d really rather not be moved. Those clouds. The kind that grow bigger and darker by the time you’ve made some tea to enjoy by the window. They’re not bursting at the seams quite yet. They’re biding their time. Just hanging out and watching the baby sparrows learning to fly and the humans below scurrying around to find shelter before the downpour. The only ones who aren’t, are some kids playing football. The sparrows aren’t retreating just yet either. The breeze is now a little more brisk than a moment ago. It’s brought with it that familiar petrichor which makes me want to step outside and raise my face to the clouds, arms outstretched like we used to as kids. Someone in my house is yelling (at me?) to get the
click to keep reading>> 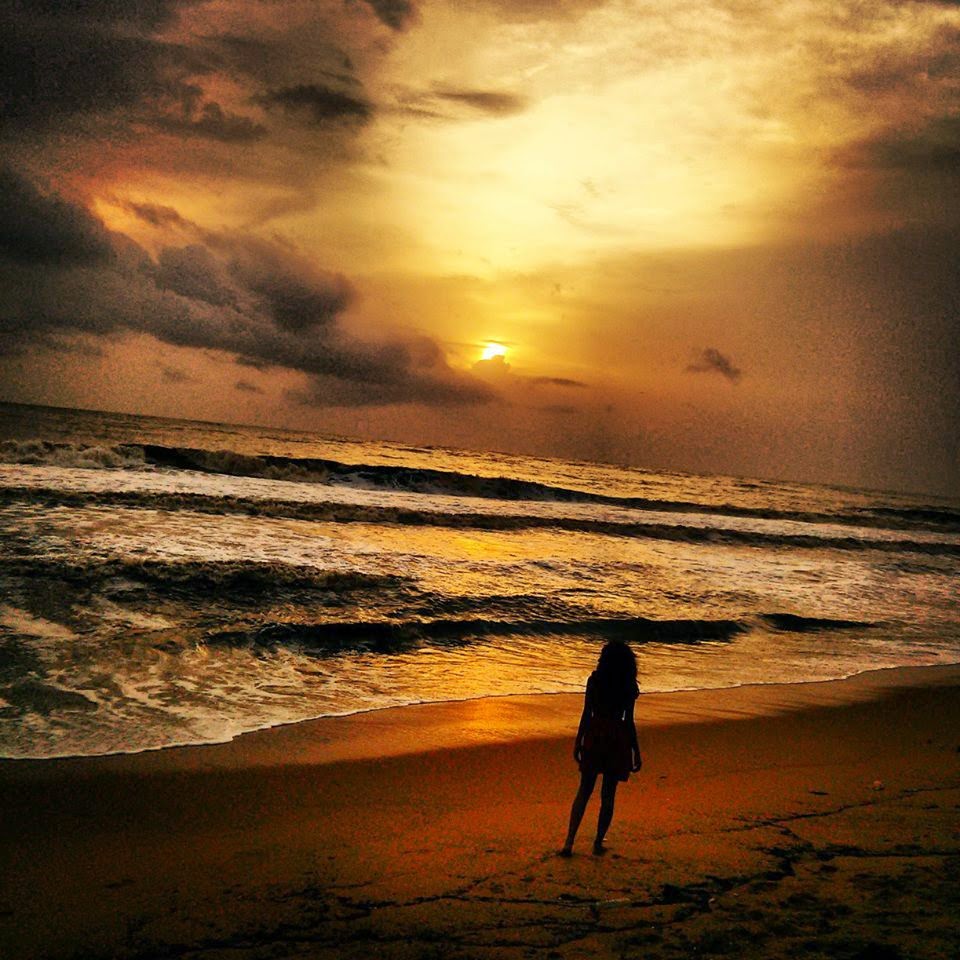 To all the lovely women (is there another kind? ), Here's wishing you a very happy international women's day. Picture Credits: VJ And since it's women's day it's best that men shut up and let the ladies have the day. So with a big thank you from the bottom of our collective hearts for all that you've done for us and a bigger sorry for all that we have done, here's wishing that you gals have a beautiful year filled with nothing but joy, success, freedom and fulfilled dreams.  Before I stick to my word and shut up, here's one last thing. One of my friends told me about the dreamcatcher. An ancient native American object ( see picture below ) that the Ojibwe people believed changes a person's dreams. Legend has it that only good dreams would be allowed to filter through it and Bad dreams would stay in the net, disappearing with the light of day. The Dreamcatcher When the dawn breaks tomorrow, may your fears disappear so that you can do everything you&#
click to keep reading>>

- December 01, 2020
Recently, I had the great pleasure of being interviewed on a podcast called " Hope ". A group of young Indians is putting together this great series as part of the United Nation's. 75th anniversary (#UN75) and are featuring guests far more accomplished than me so I'm doubly honored to be in such esteemed company! In this hour long conversation, I discuss the importance of defining problems before jumping into solving them, the importance of data and critically, the public in the public problem solving process. All the good bits are based primarily on the work of my amazing colleagues and team at The Governance Lab and all the the bits you don't like are most likely things I've been ranting about on this blog for eons 😂. If you'd like to learn more about the stuff I spoke about, checkout thegovlab.org and also Professor Beth Simone Noveck's upcoming book, " Solving Public Problems ". I hope you'll give it a listen and let me know what yo
click to keep reading>>